09 October 2019
An innovative new programme Litter Intelligence launched in September to tackle New Zealand’s litter problem. Led by charity Sustainable Coastlines and supported by the Ministry for the Environment, Statistics New Zealand and the Department of Conservation, the programme enables passionate communities around the country to contribute to our first national beach litter database. The data collected provide powerful insights into the problem; aiming to inspire action and empower decision-making for a litter-free Aotearoa.
NewsWork showcase

To collect litter data long-term, the charity group provides communities with free training, equipment and technology to take part as ‘Citizen Scientists’. Since trainings began in October 2018, litter monitoring sites have been set-up at 79 beaches around Aotearoa. The programme is already helping to prove the prevalence of litter, with an average of 428 items found for every 1,000 square metres of coastline surveyed.

This year’s Colmar Brunton Better Futures Report called build-up of plastic in the environment “The headline issue for New Zealanders”, with 72% of respondents concerned about this issue; higher than all other social and environmental issues surveyed. This widespread concern has sparked communities into action.

Camden Howitt noted “People want to be a part of the solution. Clean-ups are a popular way for groups to address the issue locally. Litter Intelligence brings in science to make clean-ups more effective long-term."

By contributing high quality, scientific data, Citizen Scientists can prove which litter problems affect them the most, helping individuals, communities, businesses and governments to solve them.

The programme’s powerful digital tools and its simple but rigorous United Nations Environment Programme methodology enable Litter Intelligence data to meet the highest standard required for government environmental reporting; a first for citizen science in New Zealand. Having recently been awarded a coveted AI for Earth grant from Microsoft, the charity is now working to integrate artificial intelligence and other smart technologies to provide an even stronger understanding of litter solutions.

The Litter Intelligence website makes all litter data, insights and ‘Action Stories’ free and open for all. “Technology gives us the tools to make environmental data accessible and understandable by everyone,” says Project Manager and Development Lead Dr Sandy Britain. “This gives students and scientists, politicians and business leaders, writers and researchers the right information to take action for a litter-free Aotearoa.” 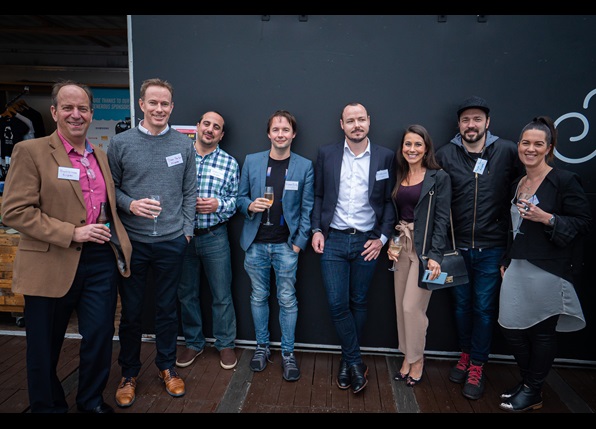 The Enlighten Designs team at the Litter Intelligence Launch

Although still in its early days, Litter Intelligence has already gained international attention. The charity presented the programme at the Fourth United Nations Environment Assembly in Nairobi in March this year and trained Citizen Scientists during the Pacific Environment Forum earlier this month in Apia, Samoa.

Sustainable Coastlines wants to hear from groups interested in becoming ‘Citizen Scientists’ at beaches around Aotearoa and further afield. For more information and to express interest, visit www.litterintelligence.org